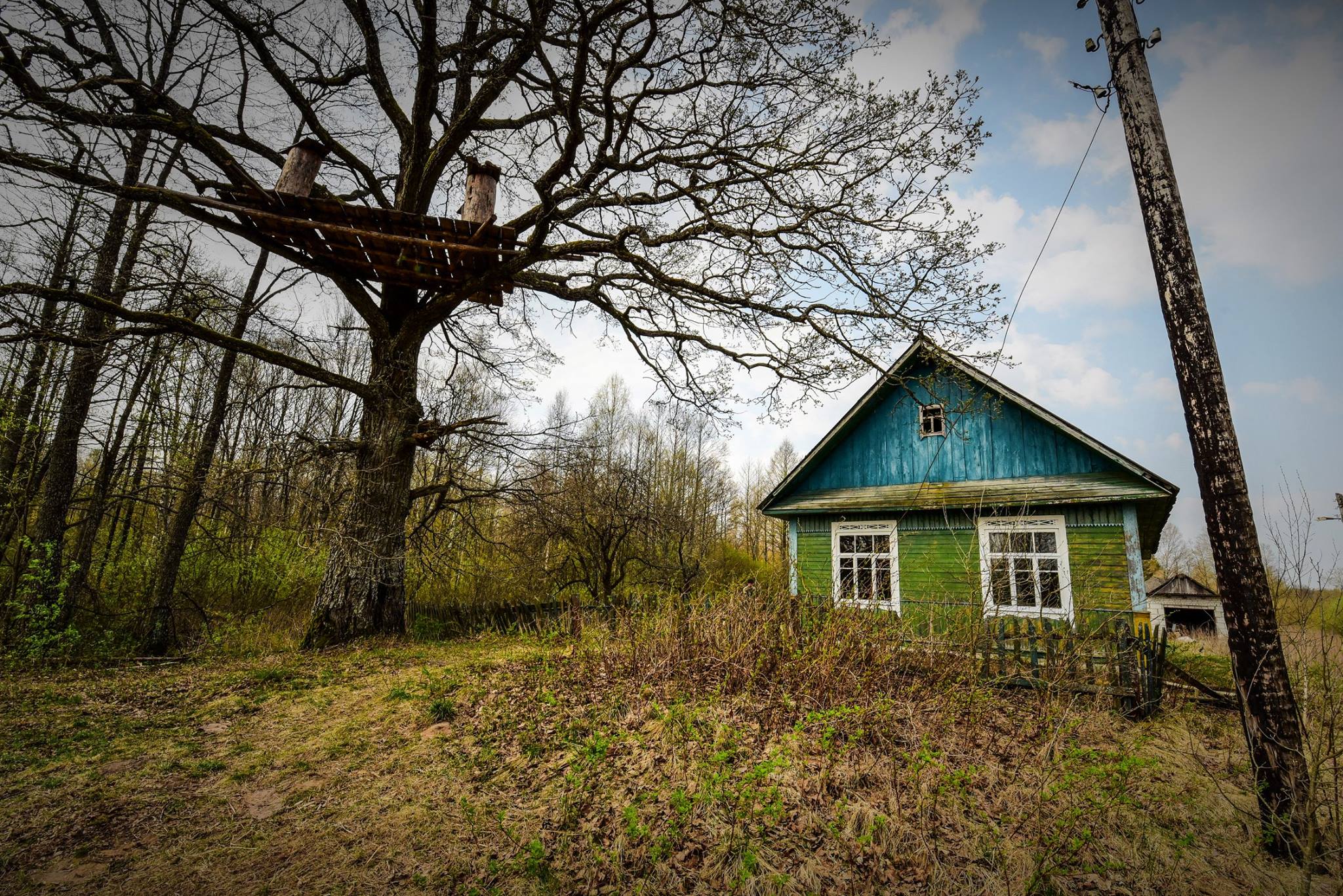 Tree-beekeeping is now part of world heritage culture – this final step is the result of more than 6 years of our cooperation and work for promotion and protection of this unique form of beekeeping and the heritage associated with this practice. This jurney start’s in 2014 and after inscription of the Treebeekeeping on Polish National Intangible Heritage List wchih we achives in 2016 and year later our friends from Brotherhood of barefooted tree-beekeepers gets in 2017 an formal work could be started. First draft of UNESCO application were prepered by Piotr Piłasiewicz from Bractwo Bartne and Ivan Osipau from Brotherhood of barefooted tree-beekeepers

– This is our common heritage, something that we can share together, which unites our nations and allows us to say – hey we are proud of it! I know that without bearers from Belarus we would not be motivated enough to sustain and develop the tree-beekeeping in Poland. – say Piotr Piłasiewicz founder of Treebeekeeping Brotherhood in Poland.

Tree-beekeeping was the most common kind of beekeeping for all areas of the former Polish-Lithuania Commonwealth until the 19th century. Despite the beekeeping technology evolving, this tradition was well preserved in rural areas of South-East Belarus and in some small communities in Podlasie district in Poland.

We all hope that this recognition is not a finishing point; it is the beginning of a new activity, continuation of old traditions and the preservation of the cultural fabric for future  generations. ​​This is a sustainable development of creative practices, crafts, knowledge in the community, and the transmission of tree-beekeeping culture into society and the future.

Ivan Osipau (I.O. ) is the chairman of NGO for development of traditional tree-beekeeping, Brotherhood of barefooted tree-beekeepers&quot;, the initiator, member of the working
group, tree-beekeeping.

– When did it start?
I.O. It started a long time ago, in 2014, when the first small but very significant investigation into the land of tree-beekeeping, in Lelchytsy district of Modern Belarus. Of course, the investigation was not conducted independently, but under the leadership of the famous ICH expert Regina Gamzovich. We planned to get acquainted with the bearers of the traditions and find out for ourselves and the public: is there tree-beekeeping in modern Belarus? It turned out there is, and it has existed for a long time, as there are whole dynasties of tree-beekeepers who continue the tradition of their grandfathers. For us, it was inspiring. We were happy to meet new people and find a treasure of intangible culture. Then the idea arose: we must do everything to get tree-beekeeping on the list of ICH of Belarus.
P.P. Our journey with tree-beekeeping started in 2013 after visiting the Belarus region of Polesie. We spoke to local tree-beekeepers and also found 2 families of tree-beekeepers in Augustow Forest – my home region in Poland. I realize very fast that something that survives in Poland would only be a shadow of the past; a memory often reflected in local communities folklore. This was an understanding of nature that was preserved very well among swamps and forests of southern Belarus, and is still seen as a profession and way of living. At that time you couldn’t find anyone in Poland that could say: “I run 50 log hives by my own, and this is my profession and way of living”. I realized from the beginning that only together with Belaussians can we keep this intangible heritage alive.

– Why include the ICH of Belarus and Poland in the list?
I.O. If the formal side is covered – it is a requirement of the organization to include the element in the UNESCO ICH list in ongoing work. But if we talk about real life, then in Belarus such a list, and the elements in it, is a procedure for rethinking and obtaining an important status. This is not so much for experts, but for the community itself. It was the same with tree-beekeeping in Belarus. It took a lot of work to add an element to the National
ICH List: talk to tree-beekeepers, record more than 20 hours of video interviews, more than 3,000 photos and more than 20 hours of audio. But the most important thing was to get the consent of the community of tree-beekeepers to be included in the list and hear from them their own position: whether tree-beekeeping should become an intangible cultural heritage and continue to be preserved. During two expeditions, we went around about 50 families of tree-beekeeping and heard in one voice: &quot;This is an important matter! Tree-beekeeping must continue to exist! &#39;&#39; After such sincere words, it became clear to our team of specialists that we need to go further and work to make tree-beekeeping an intangible and cultural heritage of humanity.
P.P. Including tree-beekeeping on the National Intangible Heritage List in Poland was much easier than in Belarus. In 2016 there were just a few individuals in Poland that could name themselves tradition bearers from generations. There were a few in Augustow Forest and some in the Bialowieża and Kurpie regions. Although Tree-beekeeping was still part of local folklore, reflected in local festivals and traditions rooted in tree-beekeeping. However there was also an increasing number of new adoptions of this tradition – it became more and more popular. Starting from 2014 in Augustow we have Barciowisko – a log hive making competition. This is a very important part of promotion, which spreads the knowledge and tradition. The woks of prof. Krzysztof Heyke co author of NCC application in Poland who documented and photographed tree-beekeepers across Poland, Belarus and Ukraine showed how much we have in common. Tools, language, way of understanding nature and bees. We found that traditions and practice are very similar despite the fact the communities have lived isolated
from each other.

– How was the UNESCO nomination case made?
I.O. I want to say at once that it was a common cause that allowed us to show the culture of tree-beekeeping more thoroughly and to some extent more broadly and to go beyond our own perception. The most responsible was determining the name of the element. The name itself was agreed at the very end of the nomination preparation, although the original name was retained at all times. Over a two year period, three major common meetings were held in Minsk, Hrodna, and Warsaw. These have become activities of exchange, brainstorming and creative realization, debate and the search for what is now inscribed as a tree-beekeeping culture. Also this work was conducted online, when there were more than 300 dialogues and many emails. Next was the challenge of making a common film. And it was really difficult – because you need to take into account all aspects, the depth of cultural context, and to show the culture of tree-beekeeping within the communities of Belarus and Poland.

P.P. When we got the inscription on the national list we were asked by Polish UNESCO Committee: “Are You interested in applying for World Intangible Cultural Heritage status?”
Our answer was fast but we give one condition: Yes, only if this work would be held as an international Polish-Belarus application. This got the positive opinion of Polish UNESCO Committee and first preparations were started in 2017 even before Belarus was included on the National list which is a formal condition for UNESCO application – but we want to be ready as soon as we can. Then the first meeting was arranged in Warsaw and the official
work started. First draft versions of the application were written by Ivan and myself, then as more and more people were involved in the process it was easier to fill it with content, but at the same time harder to find a common approach. In the end I think we found a common position that satisfied all.

– What is the most difficult part of this?
I.O. The most difficult thing is to take responsibility for the community of tree-beekeepers, because we had to look for answers to many questions based not on personal feelings, but from the point of view of the whole community.
P.P. Most difficult from my perspective was something which should be obvious: it was to combine all the local elements in one coherent picture of tree-beekeeper culture. To gather all those aspects and show the things that are common for all bearers.

– How important is the status of an item on the UNESCO ICH Representative List
for your community?
I.O. It is probably not possible to assess the importance – but really this status provides new opportunities for the transmission of the culture of tree-beekeeping in the future, and increases the status of this creative activity in the community, which is very important for the community and the environment at local, national level and abroad.
P.P. This is an important matter for the local communities and for our Brotherhood that associate the tree-beekeepers mostly from Poland but also from Belarus. We organize workshops together, promoting tree-beekeeping as our common tradition. It’s also an important matter for sustainable use of forest both in Poland and Belarus. It is a great honor for us and motivation for further action. It confirmed that we are acting for a good reason. It also shows the cultural and natural value of the Forest and I hope soon tree-beekeeping would be used more as a matter of nature conservation for protecting forest area’s from intensive logging which we face in Poland.

I.O. Next – more. The current status is not a finish-point, it is the beginning of a new activity and a continuation of old traditions and the preservation of the cultural context for future generations.​​This is the sustainable development of creative practices, crafts, knowledge in the community, the transmission of tree-beekeeping culture in society and further into the future.
P.P. We would like to continue what we started. I hope Ukrainians will also apply for joining the inscription in the next few years. Tree-beekeeping is becoming a place for dialogue and understanding between our Nations. This is what we would like to keep developing. I also hope this inscription will help to stop depopulation processes in rural areas of Belarus tree- beekeeping could be a source of income and tourist attraction factor there – but of course only when the situation in this country is more stable.

I.O. it is the work and participation of a large community of diverse people: from the bearers themselves, thanks to them and their families, this heritage has been preserved – to experts, practitioners and stakeholders on the topic. Personally, I would like to thank the tree-beekeepers and their families; my family who supports me; friends and acquaintances who have emerged recently when tree-beekeeping has become more than a topic; to all those who have been with me, or on their own, have been part of this craft in recent years. Without your participation and help, not everything would have worked out. We and all of you have already
become part of the tree-beekeeping culture community.
P.P. Tree-beekeeping is always team work, You never climb on a tree with the bees alone, always someone looks after you from the ground. The inscription could be done only because of the participation of a diverse peoples and communities. bearers, passionate, ethnography and nature conservators. And because of the back up we had from each other. But what most important: we did it together putting aside our national aspirations and focus on the tradition and it’s continuity.